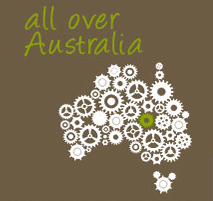 WE'RE WORKING FOR YOU
BECOME A CLIENT NOW

Scammers quite often use sophisticated software which resembles a legitimate Australian Taxation Office (ATO) phone number so as to disguise the caller’s true identity. You can be confident that if there is a number displayed in the caller ID, it isn’t the ATO. While the ATO regularly contacts taxpayers, be aware that it will not

From 1 July 2017, most individuals under age 75 (including those aged 65 to 74 who meet the work test) can claim an income tax deduction for personal superannuation contributions subject to the limit of $25,000 per annum; however, individuals who are members of certain prescribed funds (such as Commonwealth defined benefit schemes) are excluded. The individual must notify his/her superannuation fund of the intention to claim a tax deduction and receive acknowledgment of this intention in writing from the fund.

The Australian Taxation Office (ATO) has access to considerable data from various sources such as banks, financial institutions, government agencies, public forums, etc and is using that information to identify people who are failing to meet their tax obligations. Listed below are some of the areas on which the ATO is focussing:

The ATO has recently announced that the home office running expenses hourly rate has been increased to 52c per hour, up from 45c per hour, effective from 1 July 2018. This hourly rate incorporates all of the items which can be claimed as home office running expenses including lighting, heating, cooling, cleaning and decline in value of home office furniture but does not apply to computer consumables, stationery, home office occupancy expenses (where deductible) and the decline in value of electronic devices – claimable separately.

Cosmetic surgery and suit expenses are just some of the outlandish things which Australians tried to claim as tax deductions last fiscal period, as the ATO increasingly cracks down on “work-related” expenses.

While claims such as these may be considered trivial, there are potentially severe repercussions for taxpayers who attempt to push through ineligible expenses and ignorance of the tax law is no excuse.

The following is an article intended for employers only. The “minor benefit exemption” broadly applies if:

The $300 threshold is applied per person, per benefit – which means that multiple benefits provided to an employee (e.g., a gift voucher & Christmas lunch) are not added together in determining whether the $300 is exceeded.

Also of interest to employers only: Single Touch Payroll (STP) reporting will apply to all employers from 1 July 2019, regardless of their size. Initially, contact your software supplier or the ATO if you require help in getting set up to meet these reporting obligations.

Any current year (prior to death) and carry forward capital losses which an individual taxpayer has incurred are effectively lost on death. This means that while such losses can be used in calculating any applicable capital gains in the final “date of death” Tax Return, they cannot be utilised by the legal personal representative or transferred to a beneficiary of the estate. Therefore, if a taxpayer with substantial capital losses becomes aware that he/she is going to die in the near future, it may be prudent to consider gifting CGT assets to intended beneficiaries prior to death so that the triggered capital gain can be reduced by any carry forward capital losses. Such action will activate the market value substitution rule which will also increase the beneficiary’s cost base to market value at that time.

Buying a business is a serious undertaking; so, it’s important that you seek appropriate legal & financial advice prior to signing any documentation. The franchisor or business seller should be prepared to provide you with sufficient information for the purpose of conducting due diligence. You should be wary if they are reluctant to do so and do not assume that just because it is a franchise, it will be successful. Any new business venture involves risk and there’s really no such thing as a guaranteed success. Do your own initial research but be prepared to engage professional advisors to help you assess the opportunities and risks.

Be wary of “investment” scheme promoters who

The individual income tax rates & thresholds from 1 July 2018 were as follows:

The Australian Labor Party has announced that, if it wins the Federal election, it will implement its plan to restrict negative gearing to new investment properties and halve the capital gains tax from 1 January 2020. All investments made prior to that date will be fully “grandfathered” and the halving of the CGT discount to 25% will apply to investments acquired after 1 January 2020. “Grandfathered” means that transactions entered into prior to the said date will not be affected by the new law.

In a crack-down on the “black” economy, an increasing number of participants in certain industries are being required to report payments to contractors & subcontractors via the Taxable Payments Reporting System (TPRS). The Tax Office has also initiated mobile audits, whereby its officers visit businesses unannounced and ask to inspect records such as sales & payment invoices, accounting systems, point-of-sales registers, etc – A number of businesses have already experienced such visits. In addition to the risk of incurring fines & penalties, businesses which do not deduct PAYG tax from employees as required or make payments to contractors where no ABN has been supplied and no PAYG tax withheld, will not be able to claim a tax deduction for such payments. If you have any queries regarding these matters, talk to us now.

The Government has announced that it will establish a “sham contracting” unit – within the Fair Work Ombudsman – to address sham contracting behaviour engaged in by some employers. The new unit will focus on employers who knowingly or recklessly misrepresent employment relationships as independent contractors in order to avoid statutory obligations and employment entitlements.

Sham contracting occurs when a standard employment relationship is wrongly presented as an independent contracting arrangement. This can be employer initiated, where the motivation is to avoid having to pay award wages, PAYG withholding tax, payroll taxes and superannuation contributions.

Note that, with the responsibility for investigating such arrangements assigned to the Fair Work Ombudsman and not the Australian Taxation Office, it appears that the emphasis will be more on whether a genuine independent contracting arrangement exists rather than compliance with taxation laws. This employee versus contractor is a grey area which can turn nasty, usually when a “contractor” is terminated and then enquires about his/her entitlements such as superannuation.

Comments herein are general in nature and are not intended to be specific advice.

Liability limited by a scheme approved under Professional Standards Legislation